A Neil Thomas Scenario with two objectives. A camp in the east
and a dominate hill in the North/West.

Dicing made the Union the defenders with 4 Green Infantry Regiments,
a Green Cavalry Regiment and a 6 gun 12pndr Napoleon Battery.
2 units must remain near each objective and the Confederates only need to capture one to win.

Deciding the Camp is the most obvious target the Federals defend it
with two Infantry and the Battery.

The 2nd New York Volunteers ready to defend the camp.

The Hill is further north and garrisoned by 71st New York Regiment and the 10th Illinois Cavalry. The 2nd New Hampshire is positioned so they can quickly support the Camp.

The Confederates dice for their force and receive 4 Green Regiments,
an experienced Zouave Regiment and a battery of  4 12 pndrs.
All the confederates come on the west side heading for the far Hill objective!

The Louisiana Tigers. They were the only experienced unit for both sides. 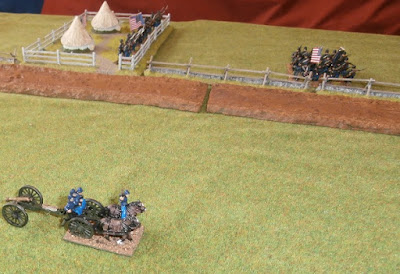 The Union begins to redeploy to defend the Hill! 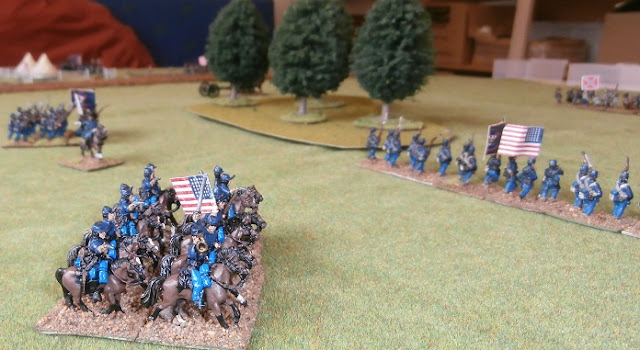 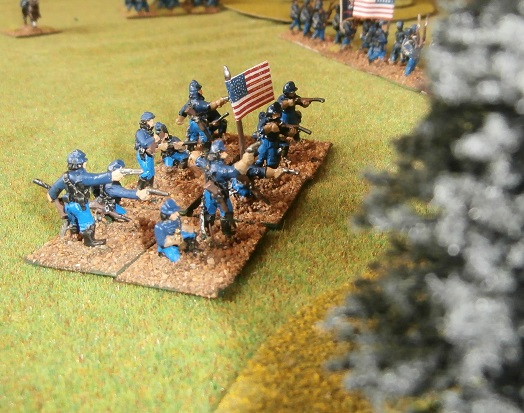 The 10th Illinios dismount and head towards the west wood.

The Battery unlimbers ready to fire in support. 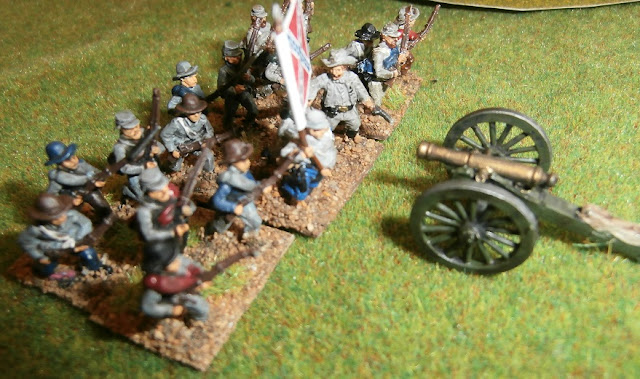 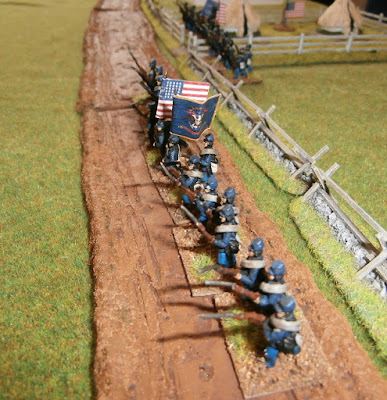 The 5th Massachusetts cross the fence to confront the North Carolina's 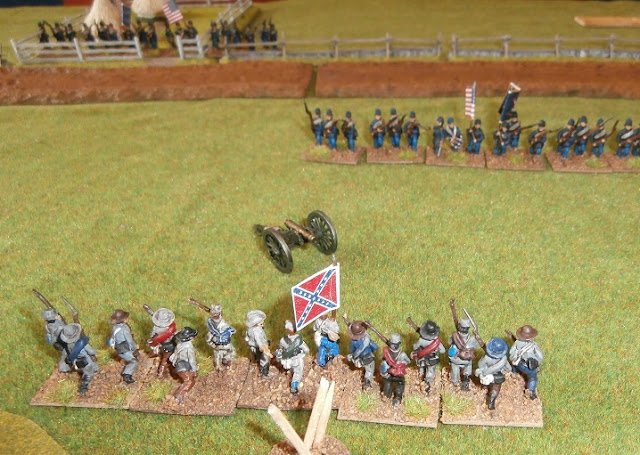 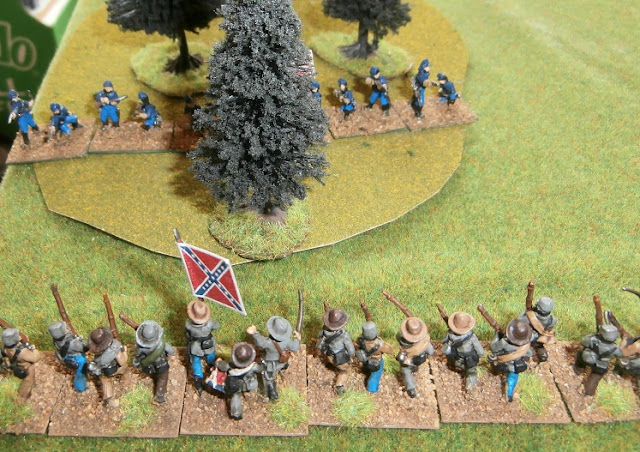 The 7th Georgia form line and advance on the west wood.

The 2nd New Hampshire defends the central wood from the 2nd Alabama. 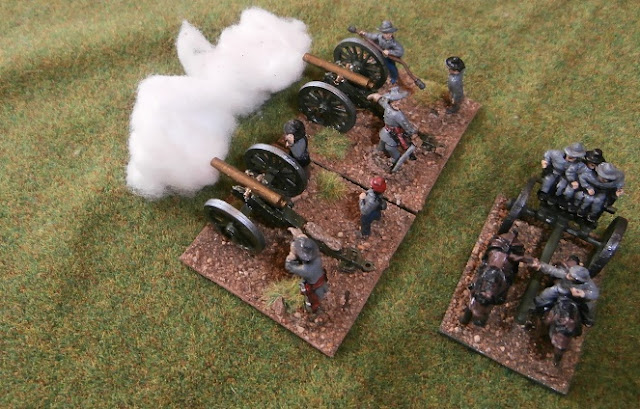 The Rebel Battery begins to bombard the 71st NY.

The fight for West Wood gets close and intense. 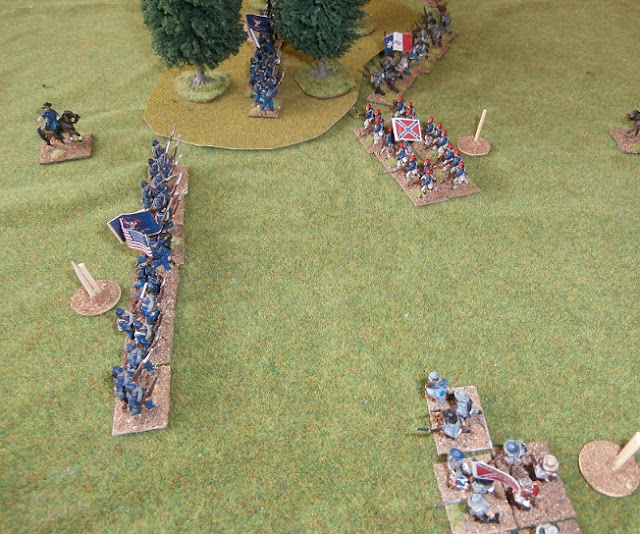 Out numbered the 71st NY bravely stands its ground. 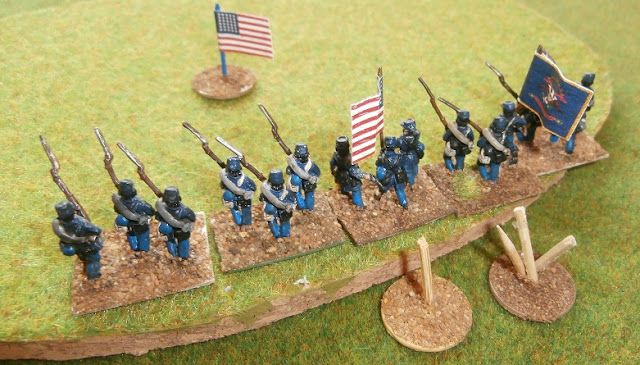 Eventually it takes too many stun hits retreats back to the Hill! 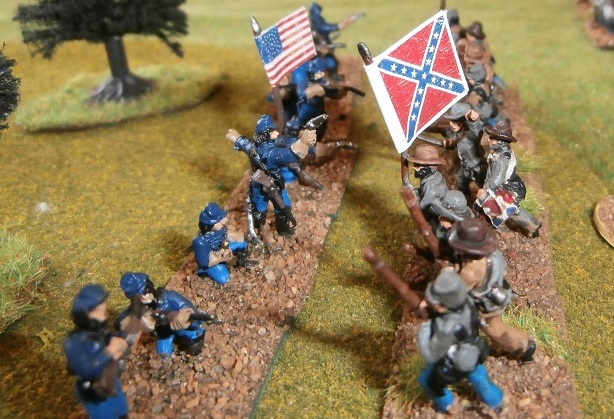 The dismounted Cavalry starts to stack up hits on the Georgians! 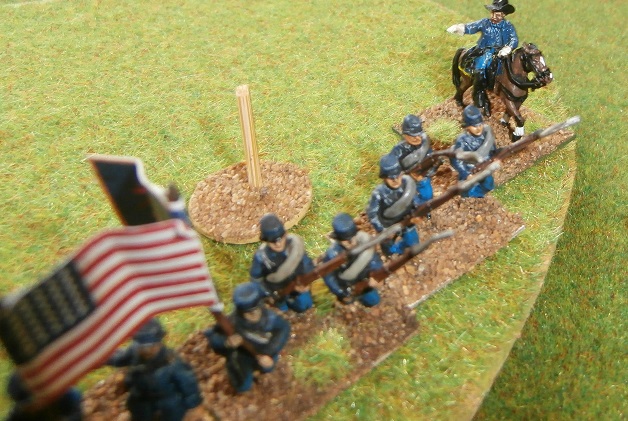 The Georgians rout from the field.

The Federals manage to get the upper hand in the Central Wood as well. 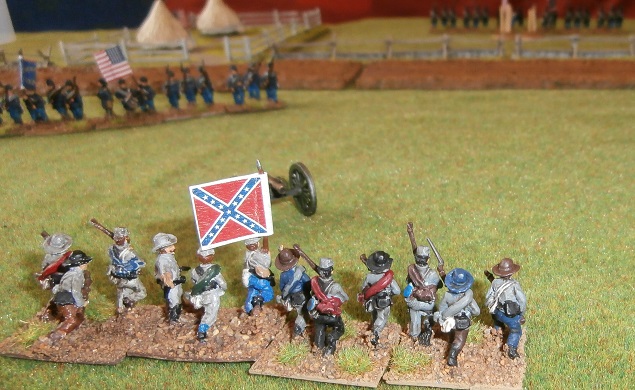 The 6th Nth Carolinas have seen off the 5th Mass  and are now confronted by the 2nd NY. 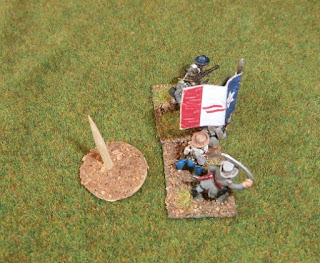 Battered the 4th Alabama retreat from the Central Wood. 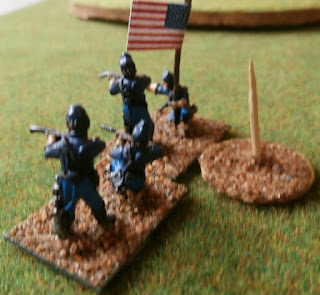 The Illinois are pushed out of the West Woods. 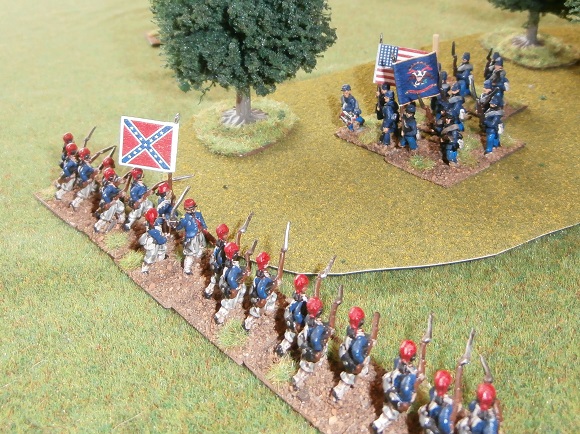 The Tigers fight for the Central Wood. 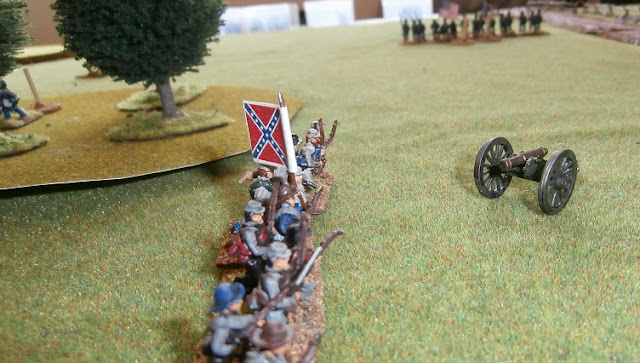 The 6th fight off another Union Regiment 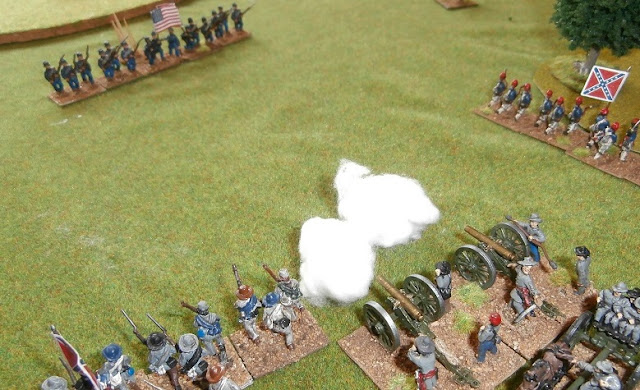 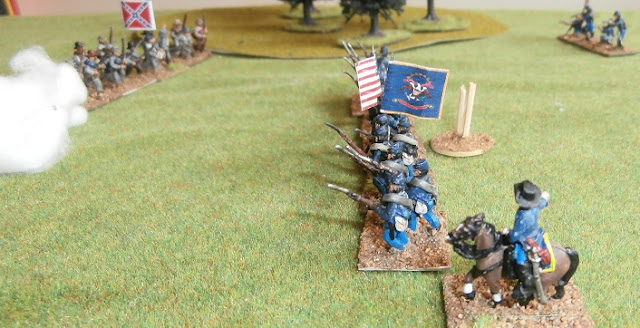 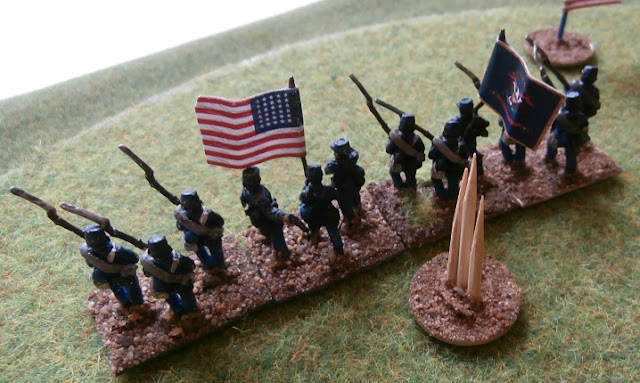 The 71st are again forced back to the Hill. 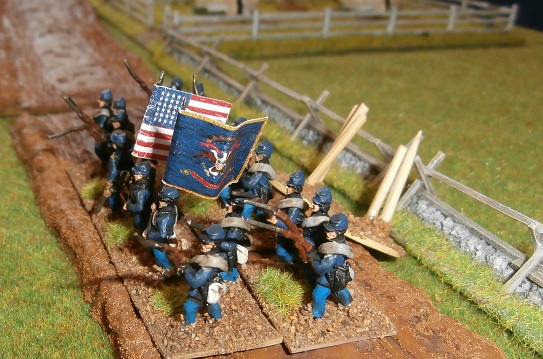 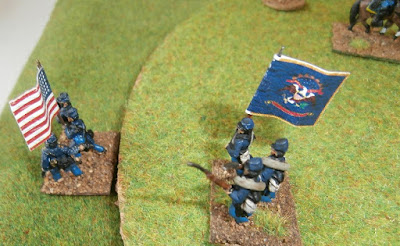 The 2nd New Hampshire rout from the Central Wood! 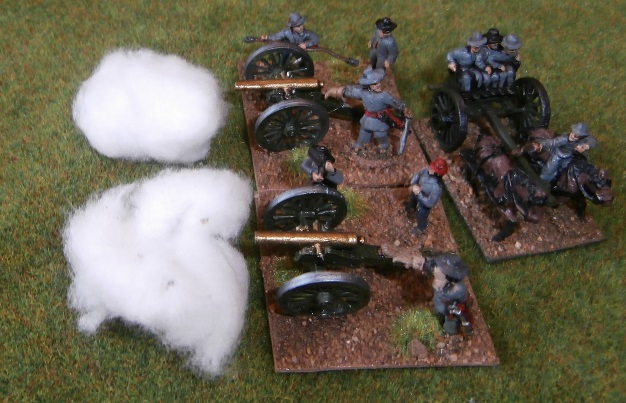 And the 71st eventually break! 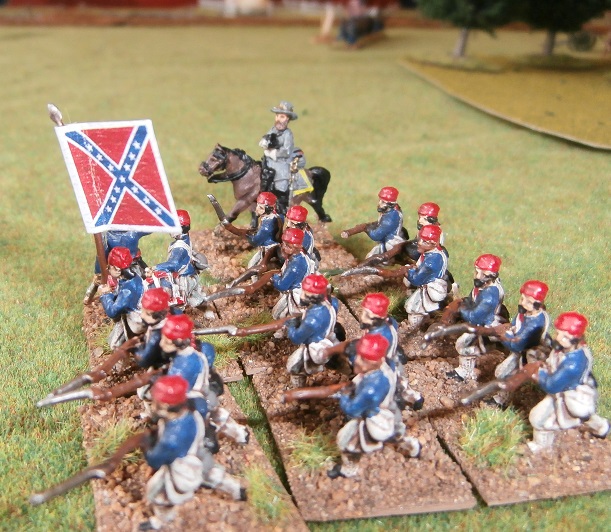 General Evans and the Tigers march unopposed to the Hill.
Confederate Victory!

The rules used were the  Shako to Coal-Scuttle by Nordic Weasel Games.
I've changed some rules to allow for Troop grades and ACW regiments habit of running then rallying.
Plus Brigade Commanders ratings. I have found them fun to use so far.