I've foolishly wanted to play out Historical scenarios from the American Civil War from the beginning to end since I started collecting my armies. So this is the first of the series and arguably the first land battle of the civil war.
The Historical Battle of Phillippi was a instant rout with the Union forces surprising  unorganised Confederates in an early morning pincer move. To create some interest for myself I tasked the Confederates with holding the Town with two regiments against Col. Dumonts Brigade for 12 turns until Col. Kelly's Union Brigade turns up and sweeps all before them.
Dumont's column consists of the 14th Ohio, 6th and 7th Indiana Regiments plus two 6pndrs from the Cleveland Lt Artillery. 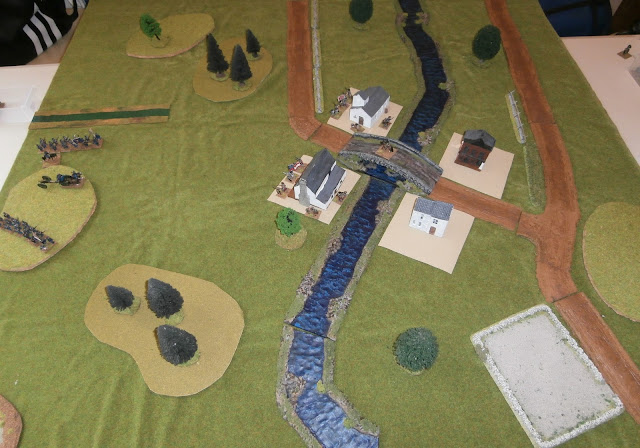 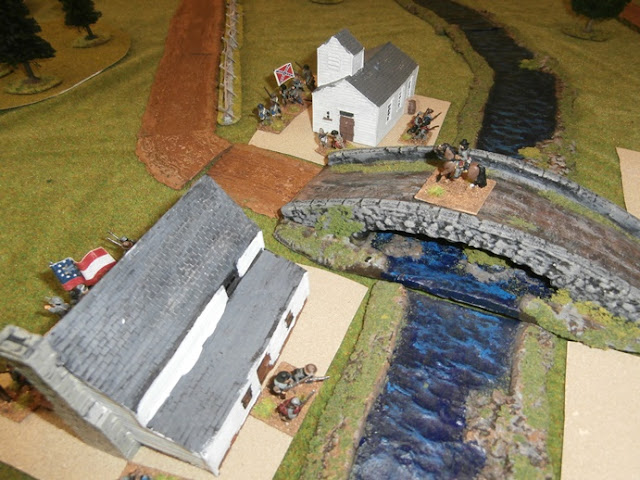 The alarm is raised and Col. Porterfield deploys a regiment each side of the bridge. 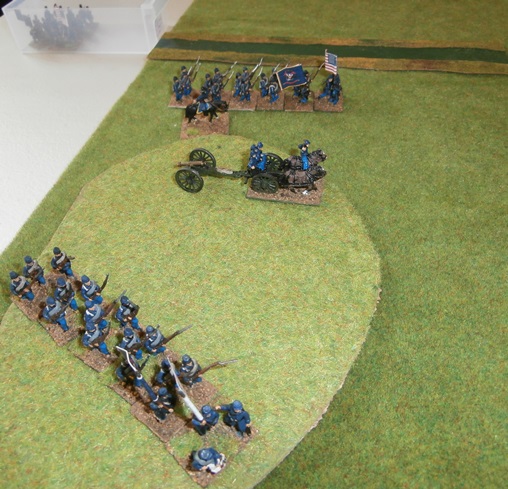 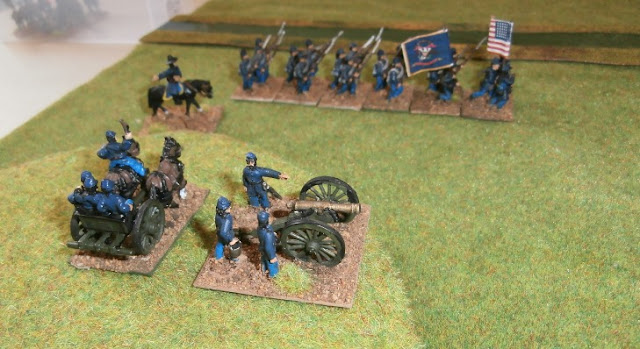 The Guns deploy on the hill ready to support the advancing infantry. 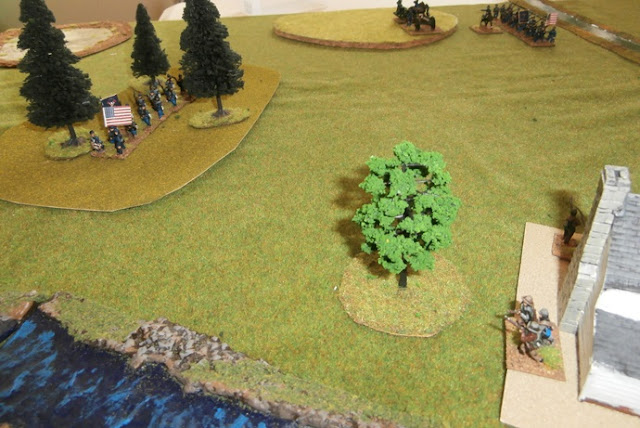 The 6th Indiana use the south woods as cover to out flank the Confederates. 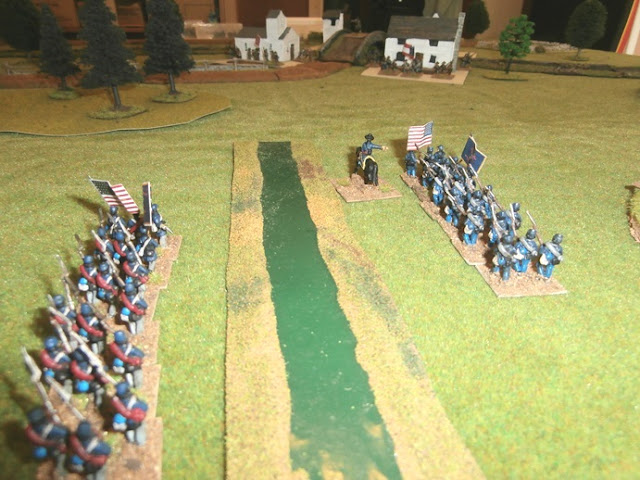 The 14th Ohio arrive on the Union left.

The federals move into musket range. 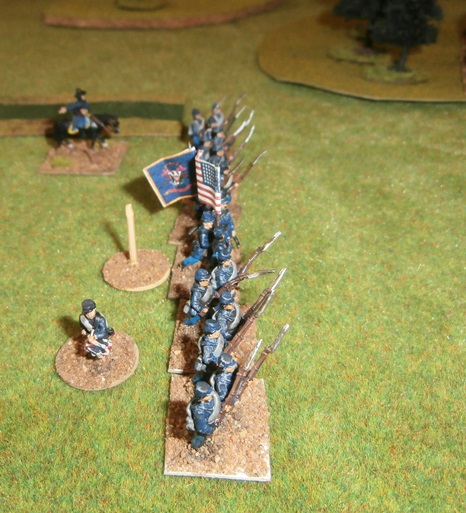 The 7th Indiana take some hits. The drummer means they have disorder. 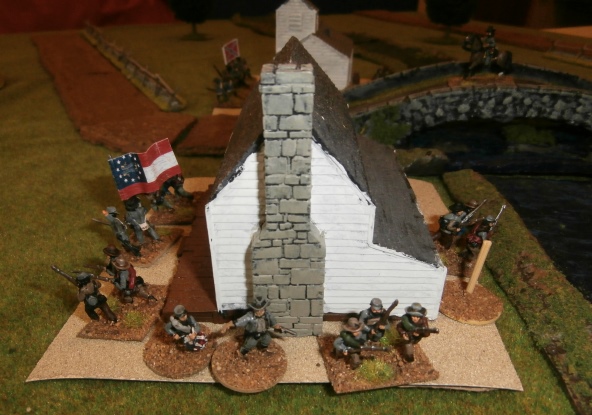 The 1st Confederate Regiment has markers showing it is Disordered and Shaken.
Wooden houses only give a minimum amount of cover. 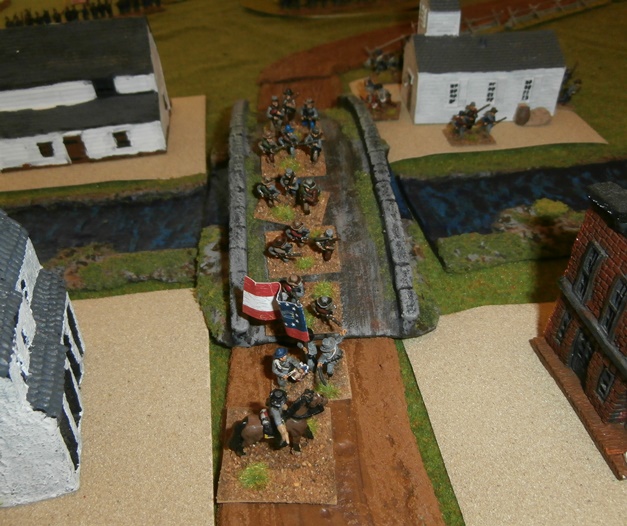 By turn 5 the 1st have had enough and run.
Fortunately Col. Porterfield was on hand to rally the boys! 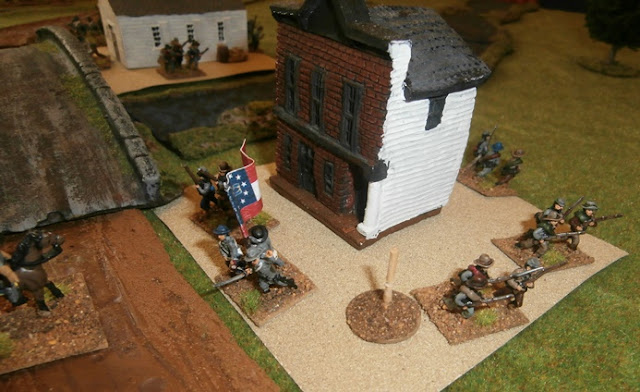 The 1st, now rallied, occupy some buildings on the south side of the river. 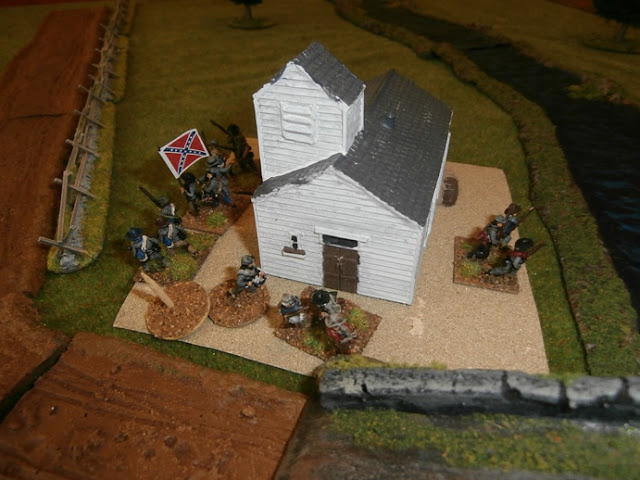 The 2nd Regiment now start taking the heat. They are now disordered. 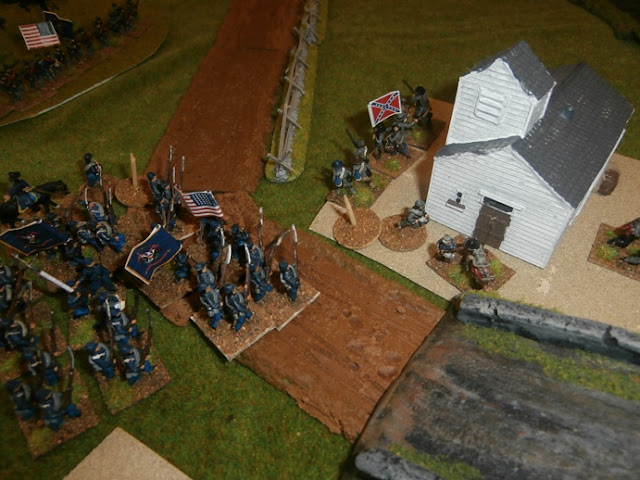 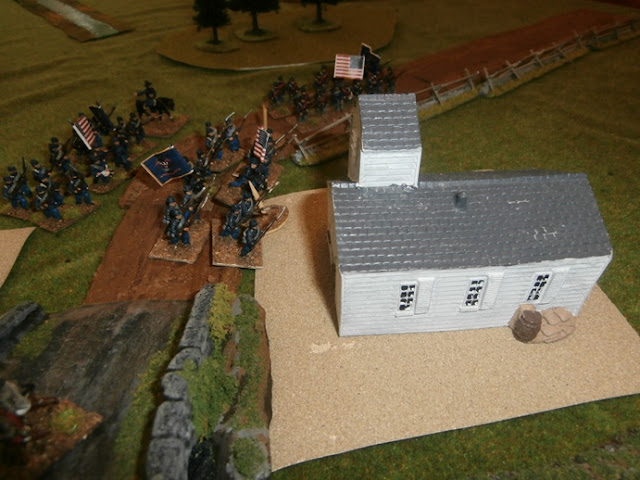 The 6th Indiana successfully charge in. 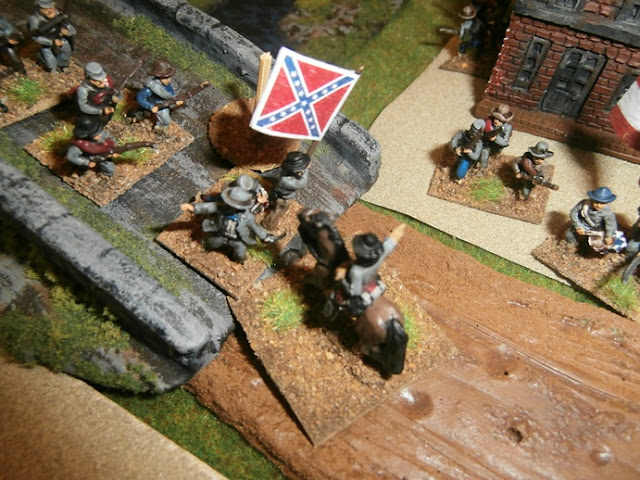 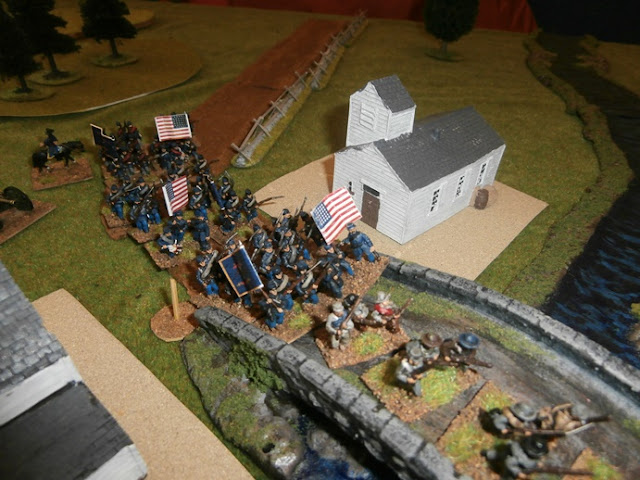 But they are charged in the rear by the 6th Indiana and... 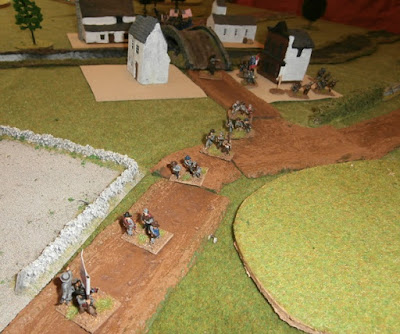 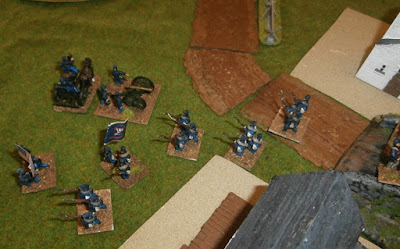 The 6th then charges the last defended house but are broken. 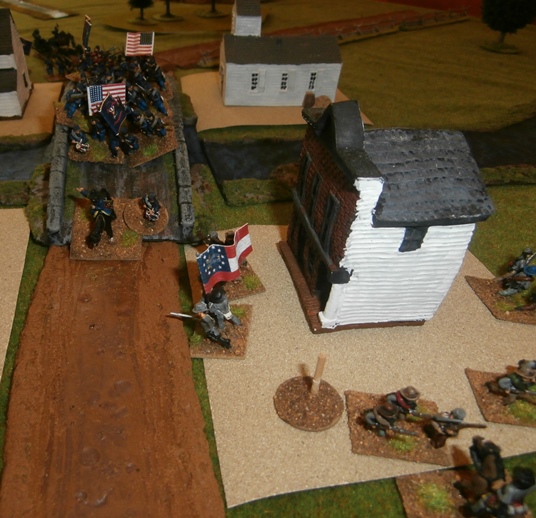 On turn 11 the 7th Indiana attempt to cross the bridge but are disordered by Confederate musketry.
These troops then clog up the bridge allowing the Rebels to hold until the end of turn 12.
Confederate Victory!

I trialled the Black Powder Glory Hallelujah rules
and they gave an enjoyable game.

The next battle Big Bethel.
Posted by David Cooke at 06:03 11 comments: