I wanted to try out the one page FUBAR rules and decided it would be more fun if I also try out my solo system but with out reinforcements or Artillery/Air support and only half sized forces. Then i got greedy and decided to give my Rebel Mini Comanches their first run. Not thinking what 3 light armoured vehicles would do to the play balance against a small Militia Unit with no LAWs/RPGs and without any heavy support and only a 50-50 chance of a ATGW. Whoops. 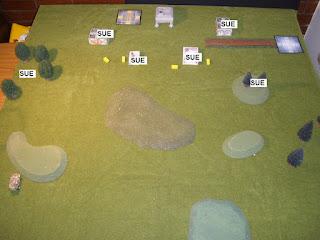 Objective.
Enter the Mine Control Centre (centre top of picture)
Force
One Regular half Platoon consisting of Platoon HQ of 7 with two snipers and a ATGW
and two fire teams of 4 including a SAW each and three Comanche light armoured Vehicles.
Defenders
Local Leon Militia. Unknown but est at reinforced Squad  of 12.
Positions unknown but 6 likely points have been identified and marked SUE (Stationary Unidentified Enemy)
The Plan
Fire Team A will go left and debus behind the hill. They will then move forward and clear the woods on the LHS. HQ Team will follow A and once woods are cleared set up both sniper teams  on the hill giving them a commanding view of the Command centre. Fire team B will go right and capture the small tree covered hill. 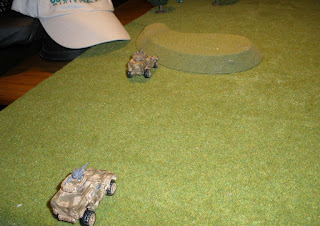 First turn Team A reach their first objective. Everyone else hangs back. 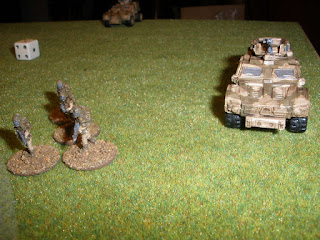 Team A unloads and their Comanche does a recon of the woods. 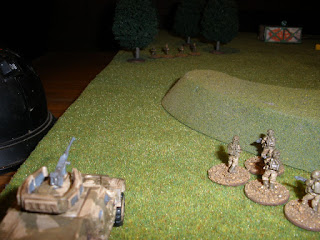 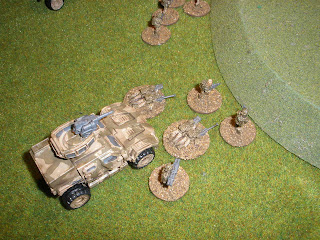 The Platoon HQ moves up ready to take position. 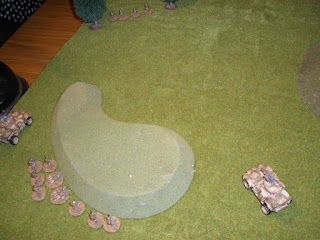 The two Comanches start laying down suppressive fire on the woods. 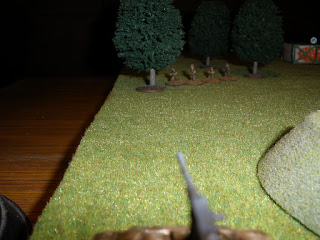 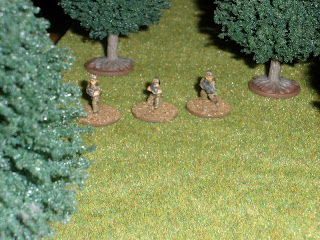 Lacking means of hurting the Comanche's beyond grenade range
the Militia withdraw into the woods. 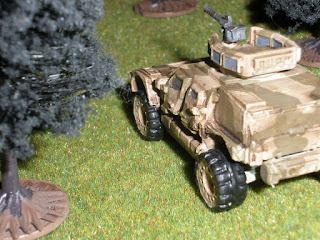 Meanwhile on the right flank Team B is moving slowly through the woods to avoid being spotted. 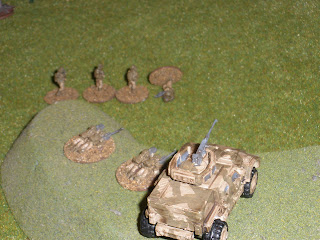 Team A follow up the retreating Militia but then come under fire from Militia in the right hand shed.
Platoon HQ moves onto the hill to provide covering fire. The snipers prove to be very effective. 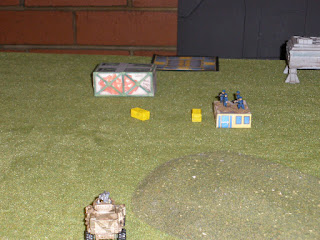 An advancing Comanche spots a police team in the small shop.
Concentrated fire has forced the Militia in the shed to retreat from the field.
But the Police will successfully pin Team A down in the open for several turns. 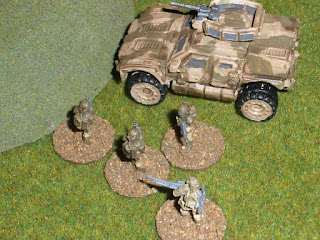 Team B prepare to occupy the small wooded hill on the right flank. 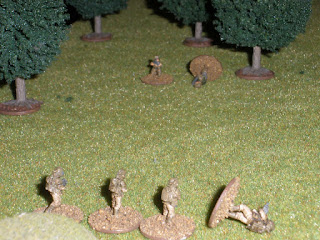 The Militia suddenly move back to the forest edge and unleash a bucket of close range automatic fire dice. Unfortunately poor dice and body armour saves reduce the effect. They are hit three times after everyone on that flank opened up on them. 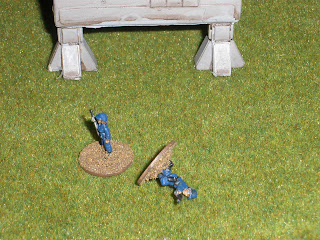 Down to 50% strength the Police fire team are forced to retreat when ever they fail activation. 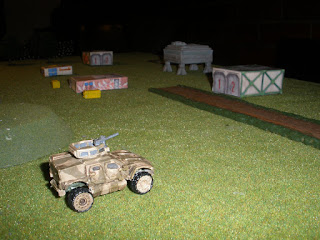 The Team B Comanche reconnoiters the last two SUE's.
Both come up empty. Exercise over.

FUBAR verdict.
Enjoyable set of rules. I started using the Ultra move rules after a couple of turns and they are better.
Even though I was using bottom of the barrel quality there was plenty happening.
The Solo rules.
They did what they are supposed to do. Challenge me to plan ahead with out knowing whats there. And to consciously try to avoid being spotted.
I think they will work.