Ibernia III: Terraformed midsized planet with marginal crop land and Ore export. Low population density.
Following a wide eyed report of a a massacre at Leon North mining camp by a returning relief crew, Sgt Plod, of the Leon Police force, hitches a ride over to investigate.
These are the first scenarios of the 2575 campaign using 5150 rules. Starting with a Recon mission. 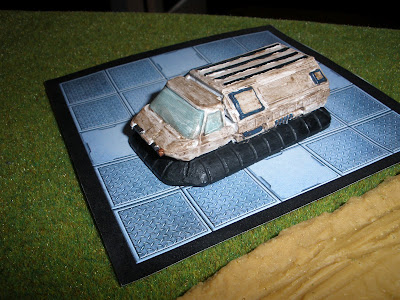 The sky crane drops off the Police hover craft and its four occupants. 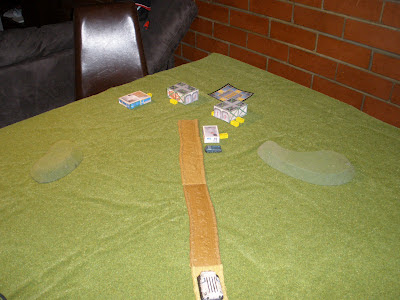 The police drive across the open plain to the distant small mine site. Each building needs to be searched for a successful mission. 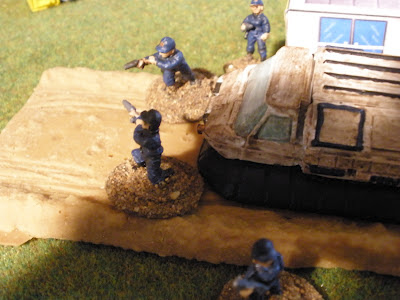 The Police park at the Mine office without (against all the dice odds) incident. 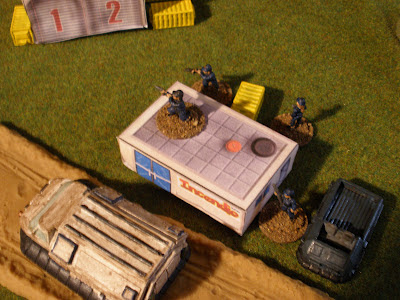 The office checked. No survivors. Plenty of gore.  ﻿ 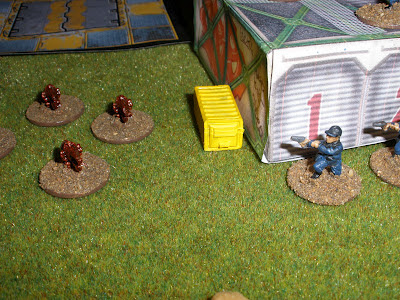 The first garage is also empty but suddenly the dice wake up and four bugs come scrambling out of the mine shaft it self.﻿ 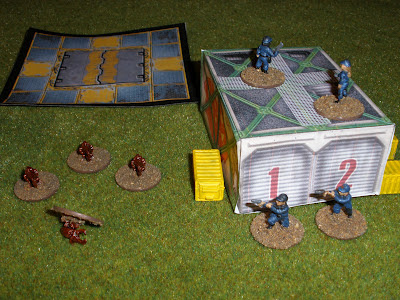 Accurate pistol fire by the closest officer brings down the first bug. The cops then leg it back to the office at double speed! Making a stand the police are able to keep the bugs at bay. The Shotgun cop proving to be a handy man in a crisis! 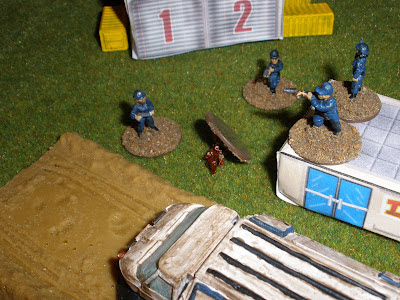 Surprising even themselves our heroes finish off the last bug. They then complete their search without incident. The decision is then made to call in the militia to blow and seal the mine shaft. This will be an attack mission with the need to place a explosive package on the mine shaft. 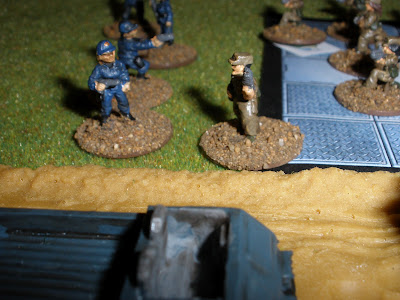 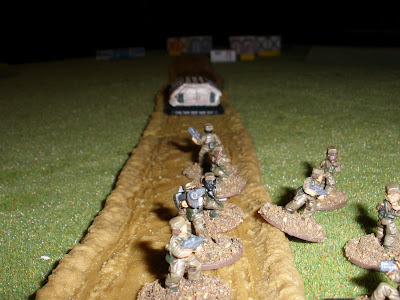 With too many Militia showing up to ride in the vehicles the Police drive back while the Militia form up and march up the road. 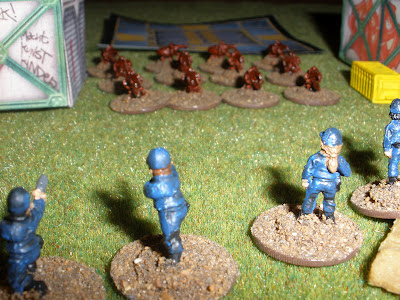 Unfortunately recent success has resulted in over confidence. Racing ahead has proven to be a big mistake!

No sooner have they left the vehicle than a huge group of bugs pour out of the mine shaft. 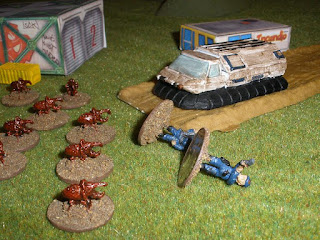 Even worse, any conflicting thoughts on whether to head back to the office or attempt to run in the hovercraft becomes irrelevant when the bugs take initiative and charge the Police. Two panic and run away. This leaves Sgt Plod and the Shotgun guy to fight it out. Sadly the fight is over very quickly. 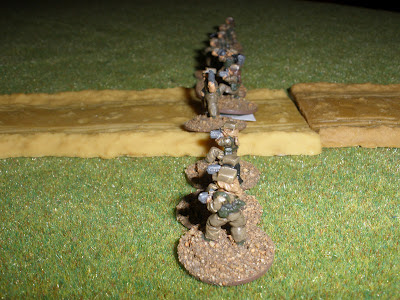 Seeing the Police go down under a sea of bugs Lieutenant Brians forms his squad into a firing line and slowly backs towards the landing pad. 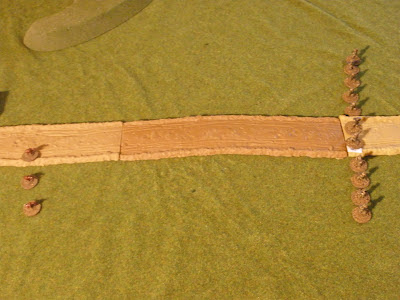 But after repeated success gunning down the bugs on the open ground the Lieutenant reverses the withdrawal and begins to advance back towards the mine. 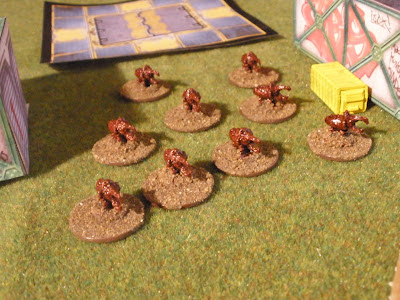 Another group of bugs emerge form the shaft. But they have no chance in the open against the now very confident militia. 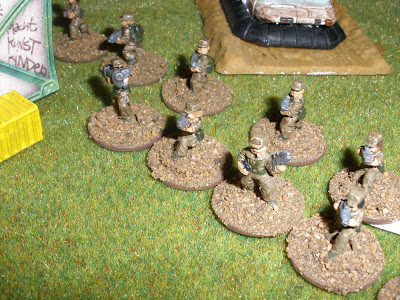 Eventually Lt Brians and his team reach the opening to the mine shaft. This is the most dangerous moment a sudden appearance of bugs could be on them before they could react effectively. 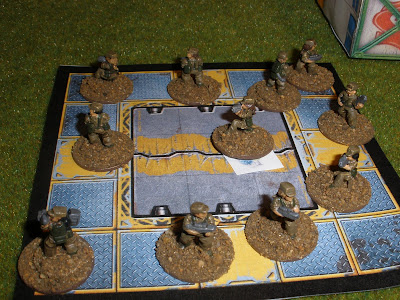 The militia manage to plant the explosives and seal the mine shaft. Two victories for the colonists. Although with the sad loss of Sgt Plod and his three colleagues.
﻿
Posted by David Cooke at 09:20