After Lt Duex's heroic capture of the supply truck the Dutch have been forced to withdraw to Woody Knob and wait on resupply. Grand Rouge has decided to assault and capture the village and so relive some pressure on his home base on Eagles Squat Mountain.
The initial attacking force will be Lt Massena's untried green platoon plus a technical and light mortar if they can get it set up. The Defenders are estimated as a weak platoon. 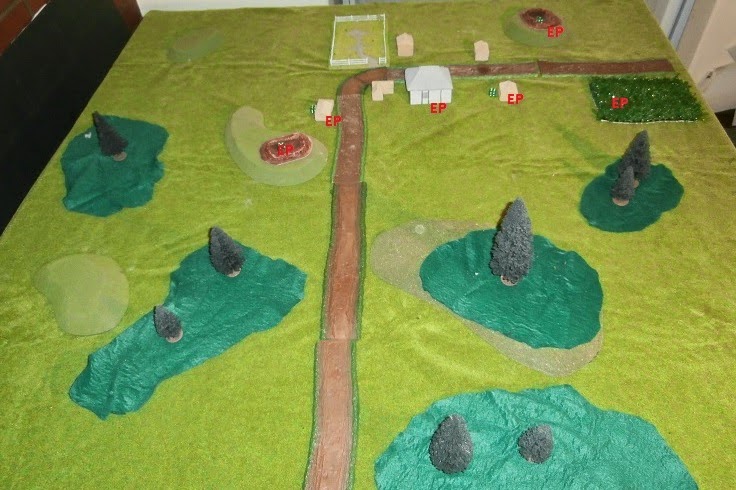 The situation looking south with 6 possible enemy positions. Each marked with a red EP. 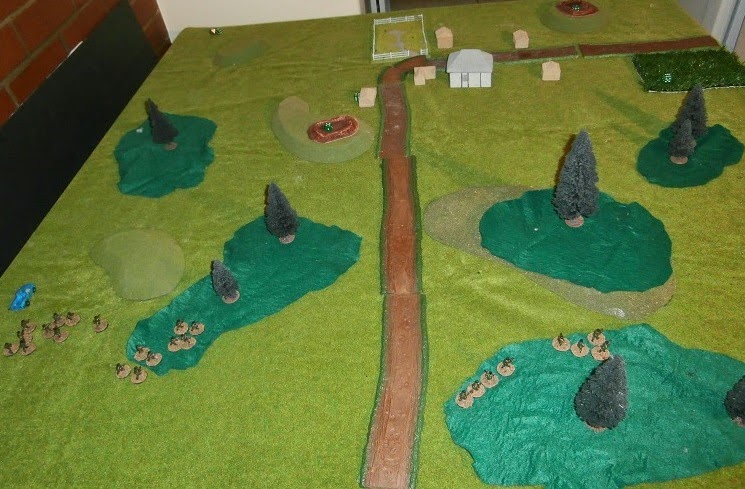 Massena decides to send his 1st Platoon to the right of the road to act as support and reserve.
2nd platoon through the woods on his center left and
3rd Platton with the MG armed technical to sweep around the hill on his left.
With luck this could catch the first enemy position in a cross fire. 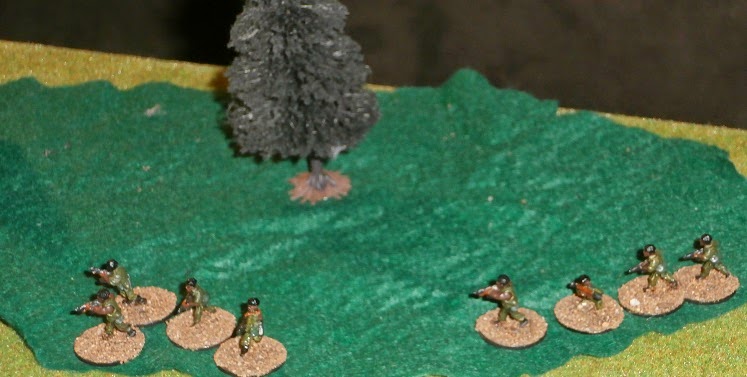 1st Squad takes position and is immediately spotted and fired on. 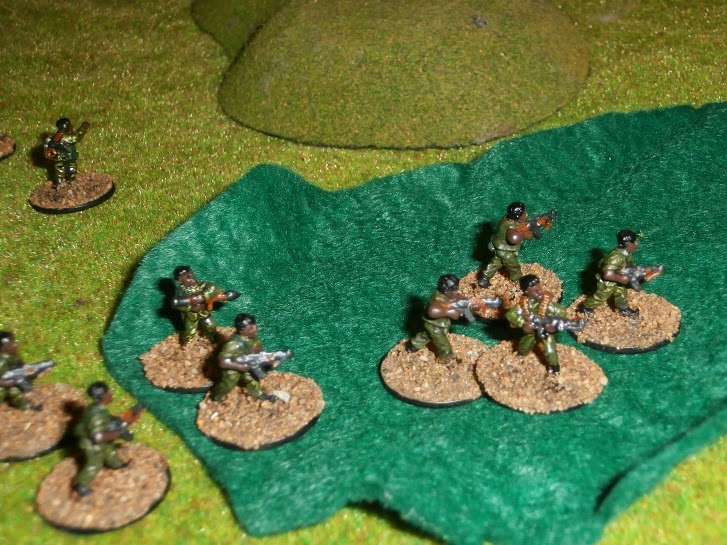 2nd Squad moving through the woods. 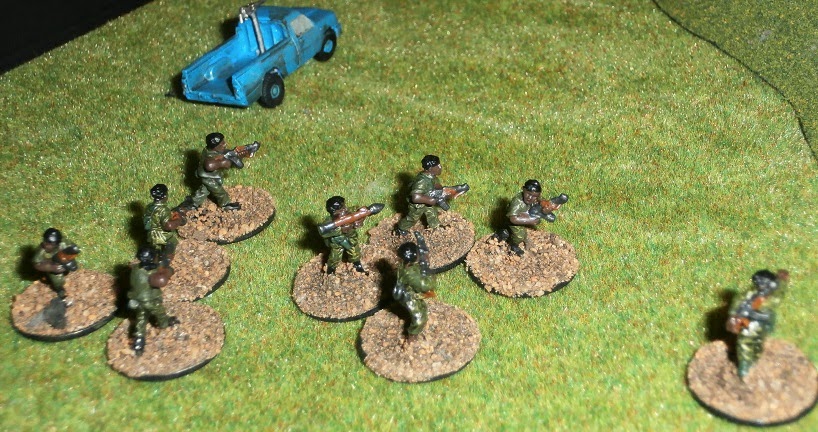 3rd Squad and their technical reach the hill. A section of green reservists open up on 1st Squad. 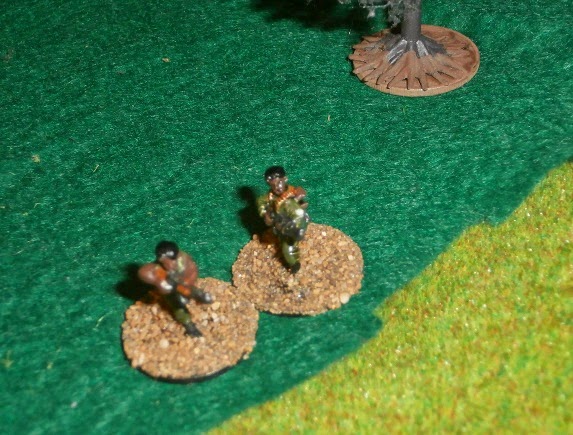 2nd Squad take two casualties as they emerge from the woods. 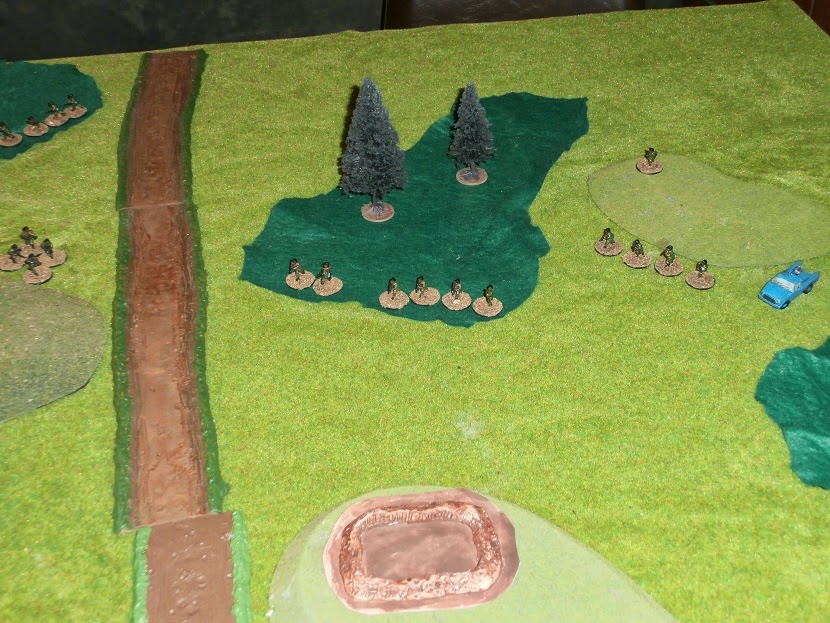 The rest of Massena's Platoon begin firing on the fire team dug in on the hill.
They are forced to withdraw. 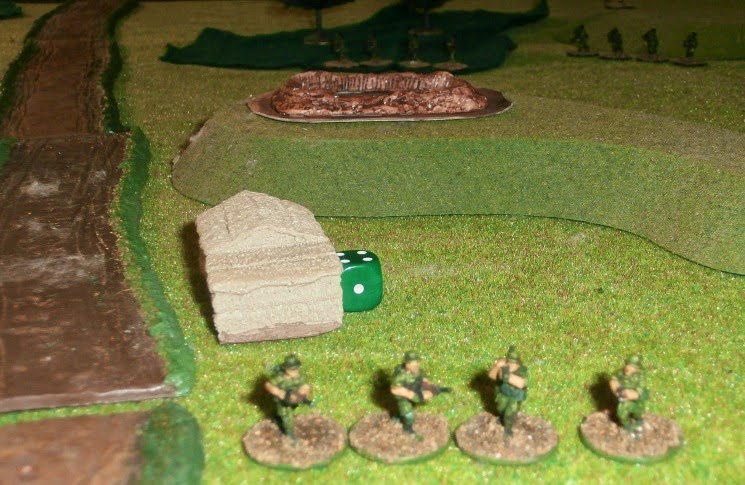 The rest of the section is not in line of sight so test for movement.
They get a withdrawal which makes sense. 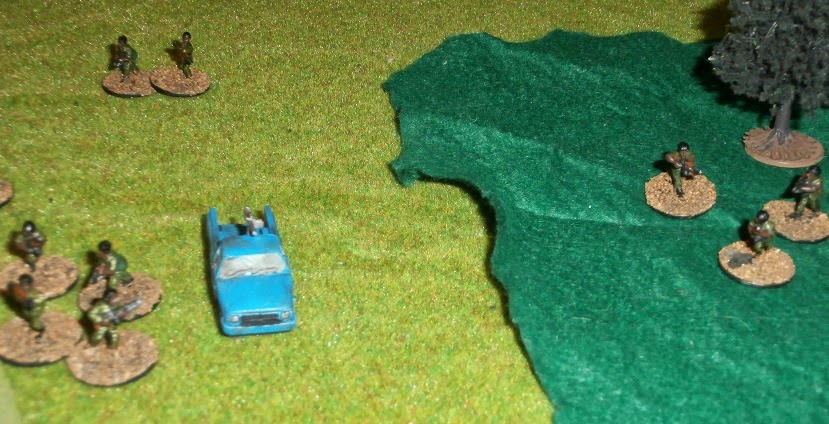 Meanwhile the strong left hook continues behind the hill. 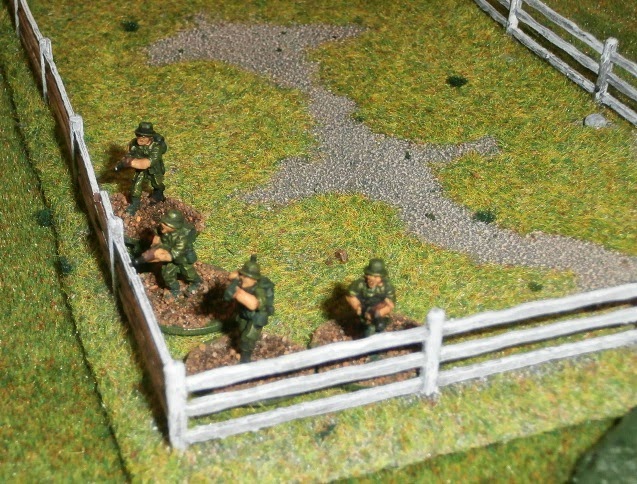 The section continues to withdraw. 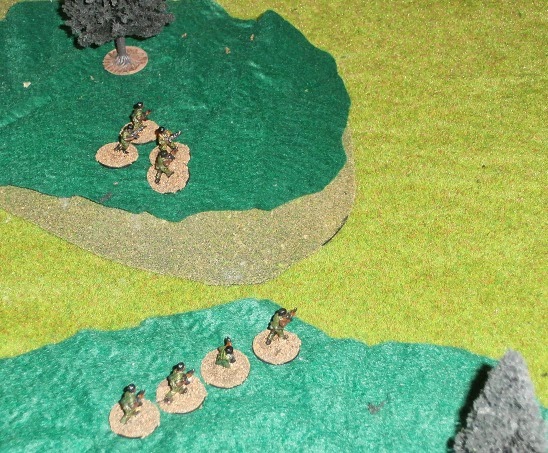 1st Squad moves up the right. They will try and support the attack on  the village. 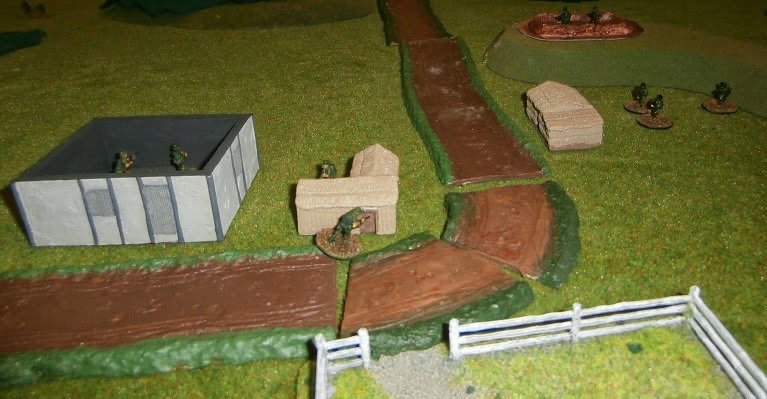 2nd Squad captures the hill and attempts to move into the village using the first hut for cover.
Taking more casualties.

3rd Squad round the hill and engage the enemy to the south.

A Dutch Panhard armoured car moves up from reserve.
(My initial reaction to this was Where are my RPG's?) 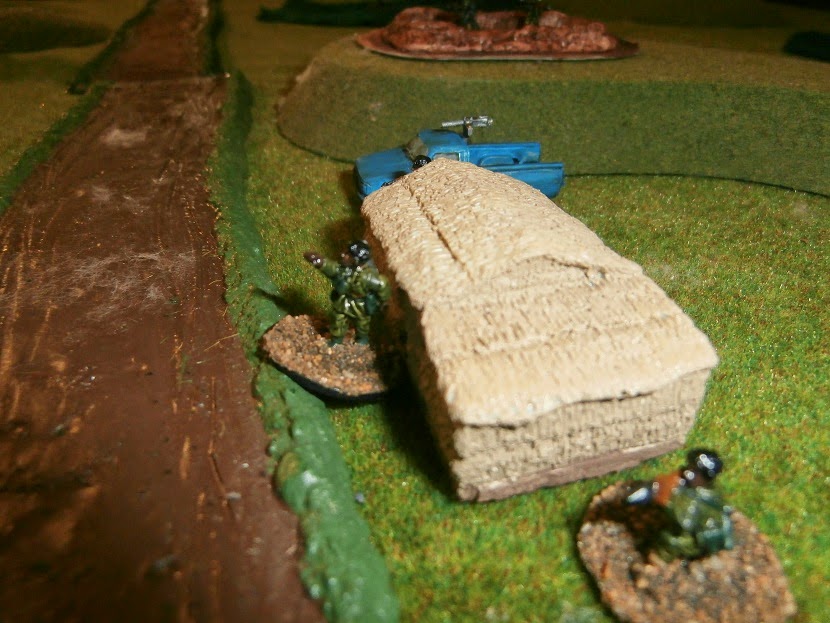 After a tremendous close range shoot out the decimated both 2nd and 3rd Squads
Lt Messena fearlessly leads forward the reminates of 3rd squad supported by the technical. 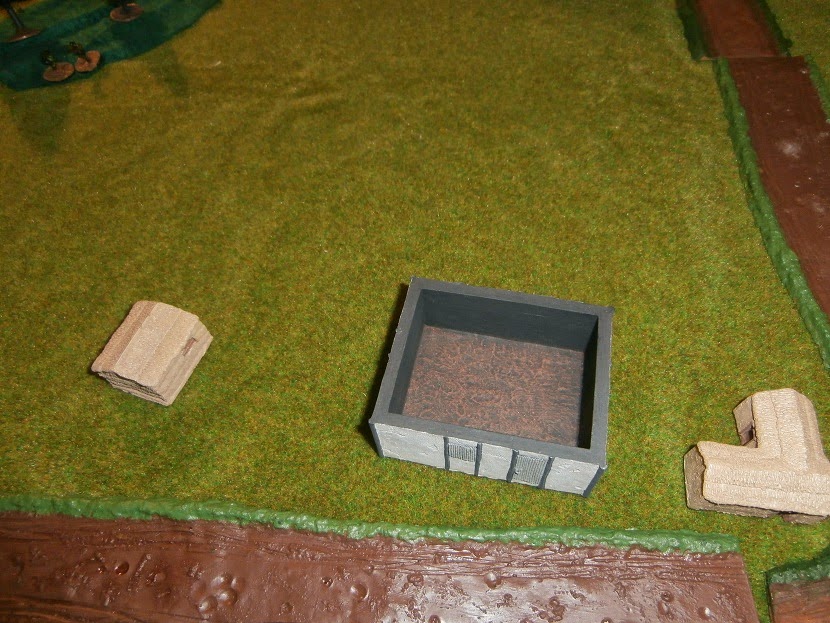 These manage to push the Dutch fire team out of the solid government building. 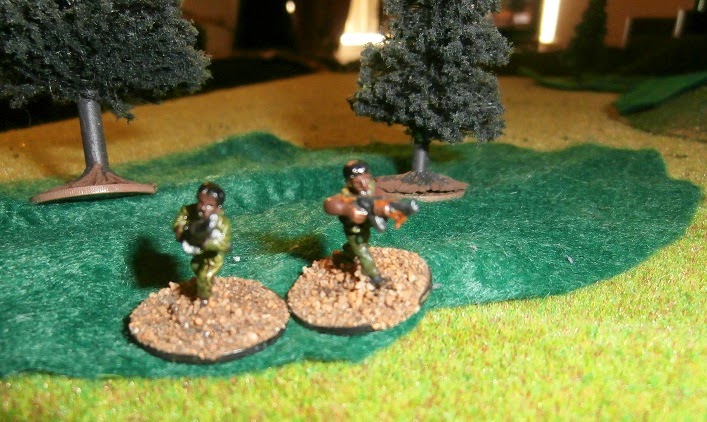 In to the open where 1st Squad was waiting for them.
With the last of the infantry retreating the armoured car withdraws.
Lt Massena is promoted to 1st lieutenant.
With this win KILA retain the initiative for mission selection.