Political background for the Terumbu Layang Campaign.
Late 2012 a new strongly nationalistic government is elected in Indonesia. They immediately resurrect old claims regarding east Malaysia. Of particular interest being shown in three islands/reefs in the South China Sea and the fishing and other possible rich resources that go with ownership.
The islands/reefs are Terumba Layang, Ardasier Reef and Mariveles Reef. All three are garrisoned by the Malaysian army. It would require an incident to provide the pretense to occupy these islands.
Campaign mechanics.
I'll be using random missions from a list of 8 and random forces from the two national lists as best as I can research them. The missions all involve the side with initiative trying to achieve a goal. Failure passes the initiative to the other side. No vessel or aircraft will be available for two missions in a row and damaged vessels or aircraft will be unavailable until repaired.
The Indonesian navy is the larger but the Malays have a slight advantage in the air.
I'll be using the Shipwreck rules. So far I really like them! 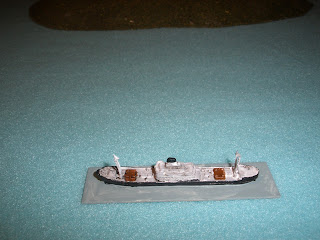 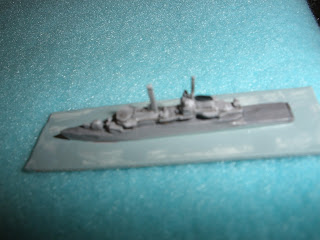 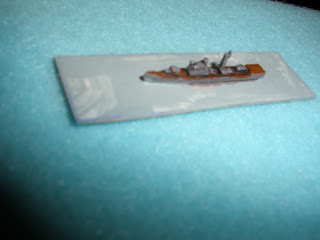 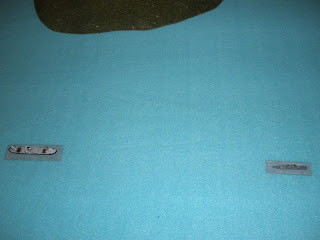 The Kerang Teluks bridge crew are on their toes and manage to detect the aproaching Kedas. The Captain fires her up and the chase is on! She ignores commands from the Kedas to stop. 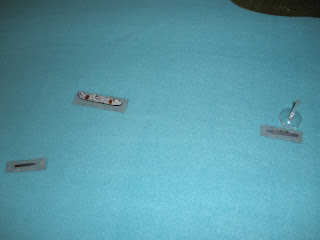 ﻿The Kedah detects the Kapitan Pattimura 14:00hrs closing off the port bow. 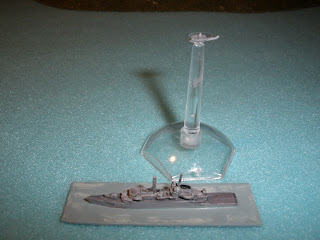 Sensing danger ﻿the Kedah Captain launches his Lynx Helicopter to scout for any further vessels. 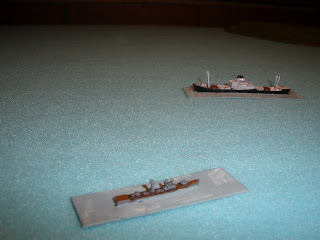 Cheers from the bridge of the Kerang Teluks as the Kapitan Pattimura hoves into view at 25knts! 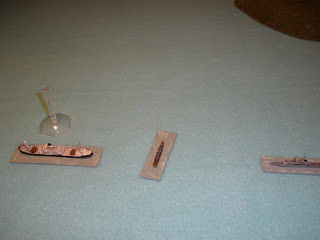 Bravely the Captain of Kapitan Pattimura places his smaller ship bettween the Kerang Teluk and her Malaysian pursuers. The Kedah requests instructions from Naval command now the second ship has been confirmed as a Indonesian naval vessel. The new orders are to reduce speed and shadow the Kerang Teluk until further orders. 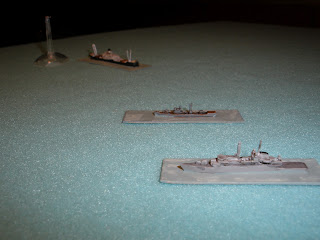 Tensions rise as the two ships maneuver so closely together. Suddenly at 14.45hrs the Kapitan Pattimura opens fire. (this detail is disputed by the Indonesians) The Kedah takes hits that cause light damage as well as knocking out its 14.5mm AA gun. The Kedah responds with its 76mm main gun. Its first shot is a hit that causes a spectacular explosion in Kapitan Pattimuras midships! 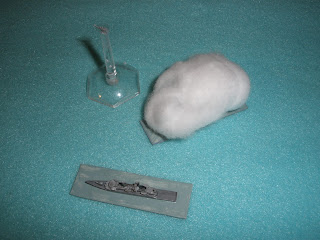 The Kedah stops to assist the survivors and recalls its helicopter. 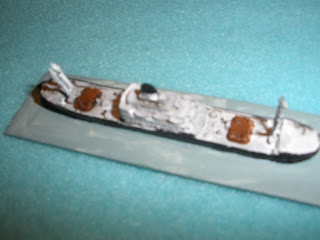 This allows the Kerang Teluk to escape along with its evidence.
Note: When i was a young boy I was lucky enough to see a similar situation off the coast of Australia. Except it was a large Japanese fishing ship and it was harassed and chased by the local fishing fleet. It was very exciting and the nearly the whole town turned up on the look outs to watch.
﻿
Posted by David Cooke at 22:41