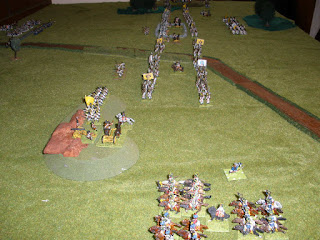 The Austrian defensive positions looking from the south. 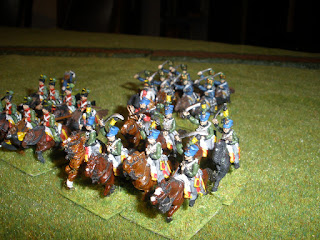 General Schubriz surrounded by his Austrian Cavalry Reserve.
Positioned on the extreme left. 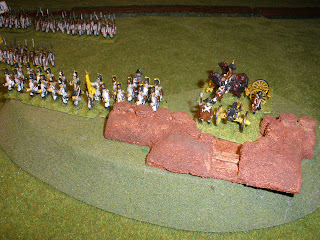 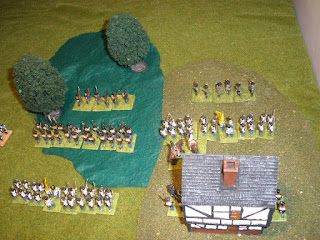 Wetzel's division in and around the town of Solferino on the Austrian right flank. 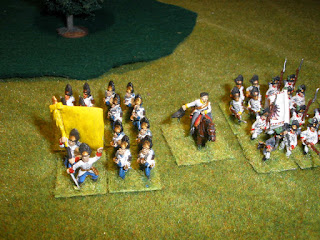 General Lipthay and some of his Grenadier reserves that were to perform heroically during the replay. 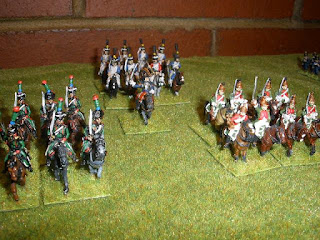 Gen.Kilmaine and the French Cavalry on the French right.
Situated opposite the Austrian horse it was decided to attack them immediately and so cover the arrival of Fiorella's Division on the Austrian left rear. 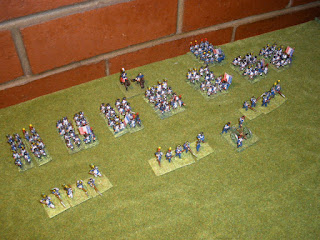 Augereau's Division on the French Right Center. His orders are to attack and occupy
Nicoletti and Peist forces until Fiorella's flank march can arrive. 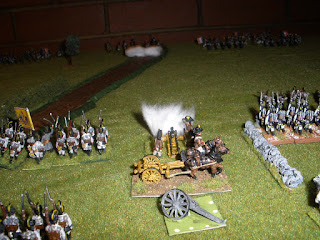 A battery from Peist's division exchanges fire with the French Grande Battery. 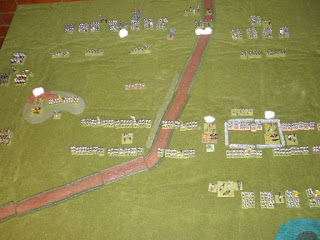 Over view after the first turn. Massena's Division can be seen advancing to the right of the road. 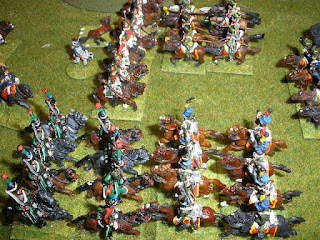 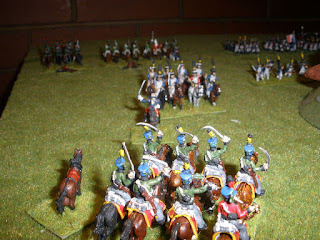 When the dust had cleared the Austrian Lancers had fled the field never to return and the their
4th Hussars had defeated two French Regiments but left with blown horses facing the a third. 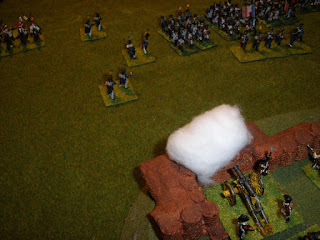 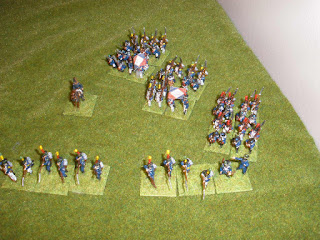 To the North Leclerc's Brigade arrives and begins its attack on Solferino. 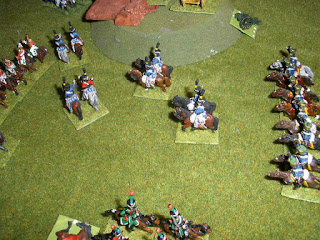 The French Hussars rout evening up the cavalry battle once again. 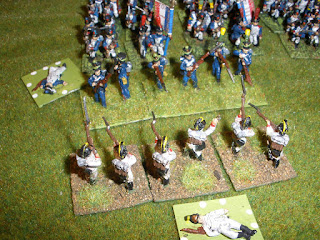 The skirmishers battle gets to point blank range. 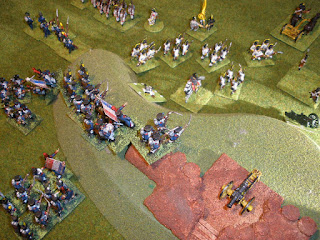 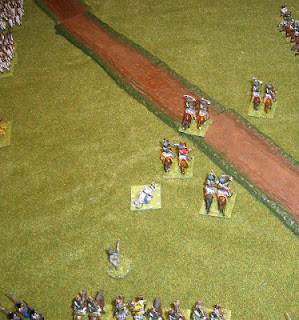 Fiorella's flank march arrives and  his Dragoons manage to charge and rout the Hussars
causing the Austrian Cavalry to leave the field. 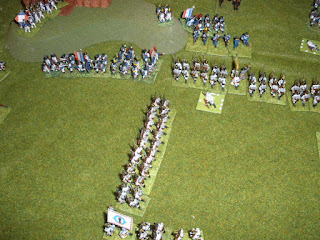 With the two commands on his left collapsing simultaneously Peist attempts to realign
his forces while waiting for reinforcement from Lipthay's Grenadier brigade. 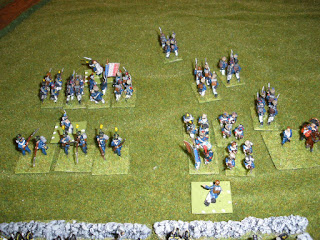 Meanwhile Massena's casualties start to mount. But with all the Aide de camps
down south his attack orders can't be changed. 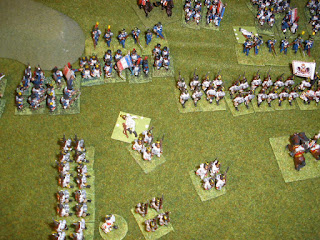 The pressure starts to become too great for Peist's command. 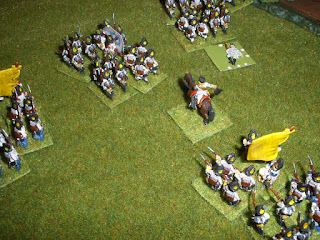 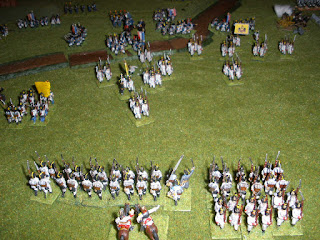 But the presure has been to much and the Peist's division goes into retreat. 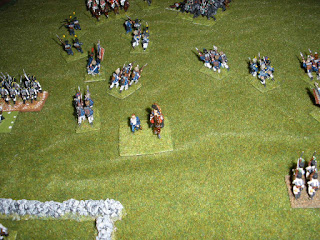 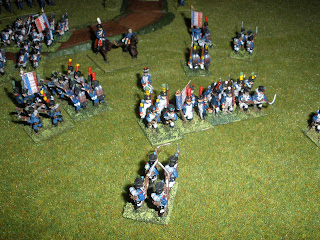 The Grenadiers manage to repel the French attempts to continue the out flanking manoeuvre. 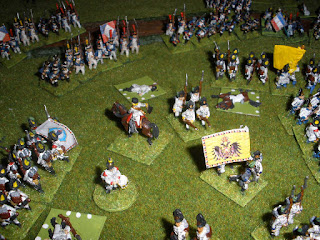 But eventually Peist's Division collapses completely and the Grenadiers are surrounded.
Victory to the French.